Patrick E. Andrews was born in Muskogee, Oklahoma in 1936.  He is descended from people who pioneered in that area during the transition to statehood from the Indian and Oklahoma Territories. His forebears, veterans of both the Union and Confederate armies of the Civil War, moved west from Pennsylvania and Mississippi to make new lives in the state.  As the generations rolled by, they became homesteaders, ranchers, merchants, lawmen, bootleggers, writers, poets, and musicians. 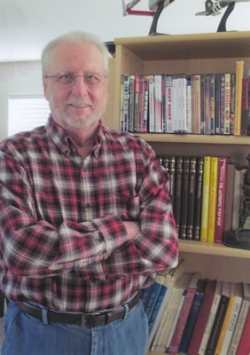 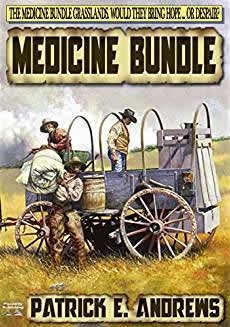 Medicine Bundle
This is much more than a novel.  It is the saga involving the turbulent social and political history of the final opening of Indian lands.  It takes place from 1888 to 1907 in what is now part of modern Oklahoma.  That vast area was taken from Native Americans through ruthless chicanery and lawyering.  This period marks the last stages of development of the American frontier as settlers move in to put down stakes in a region called the Medicine Bundle Grasslands.